This search form uses an instant search feature. As you type, search results will appear automatically below the search field. When you've entered you desired search terms use tab to navigate through the available results and hit enter to open the selected page or document.

The bracket has been released for the Iola Sub-State Volleyball Tournament on Saturday, October 24th.

The Fort Scott Tigers have earned the 5th seed, and will play the "play-in" game at 1:00 vs. Iola.

The winner of that match will play the # 1 seed Chanute in the first semi-final game.  The other semi-final will be between #2 seed Ottawa and #3 seed Paola.  The winners of the two semi-finals will advance to the championship game. 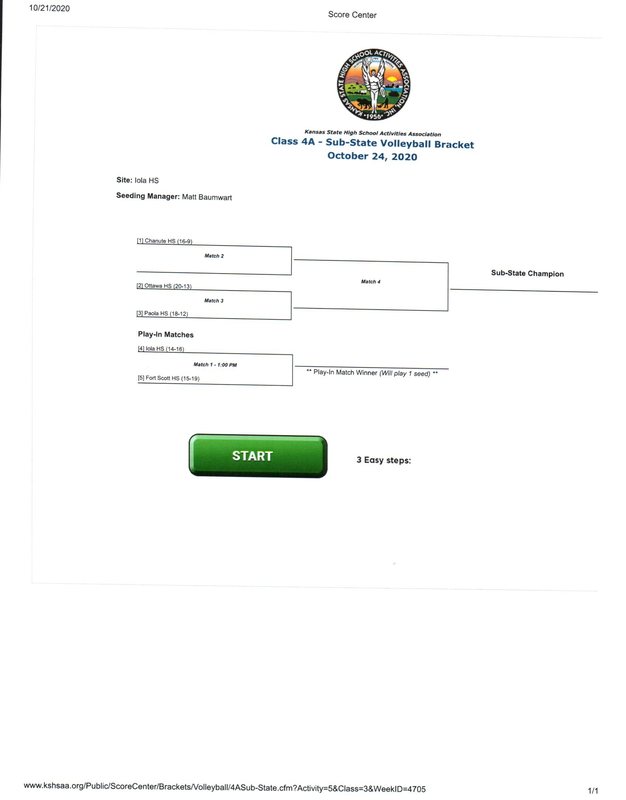