This search form uses an instant search feature. As you type, search results will appear automatically below the search field. When you've entered you desired search terms use tab to navigate through the available results and hit enter to open the selected page or document.

The following changes have been made to the upcoming FSHS Baseball schedule:

*Fort Scott Varsity Tournament Update - Fort Scott will play at 1:00 and 5:30 on Friday April 9th for their first two games of the tournament, which runs April 8th - 10th.  Their final game will be on Saturday April 10th. 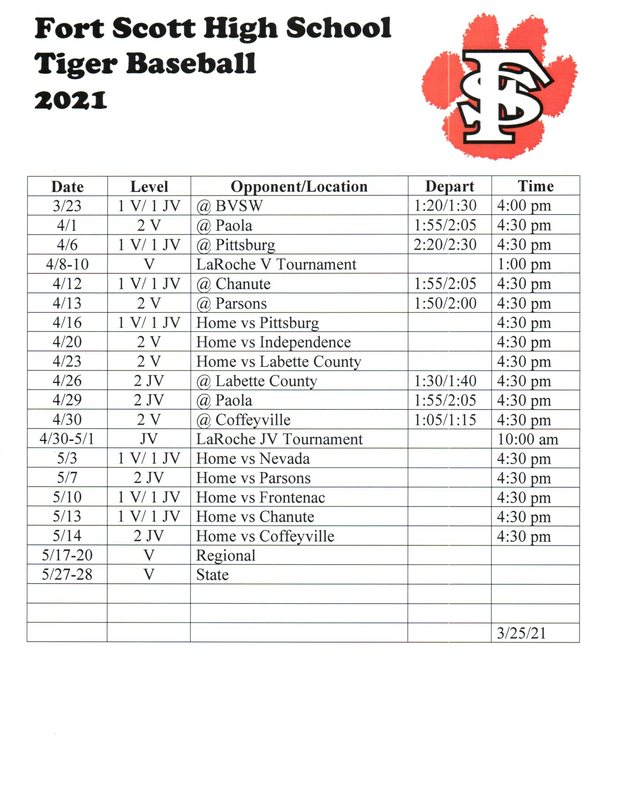